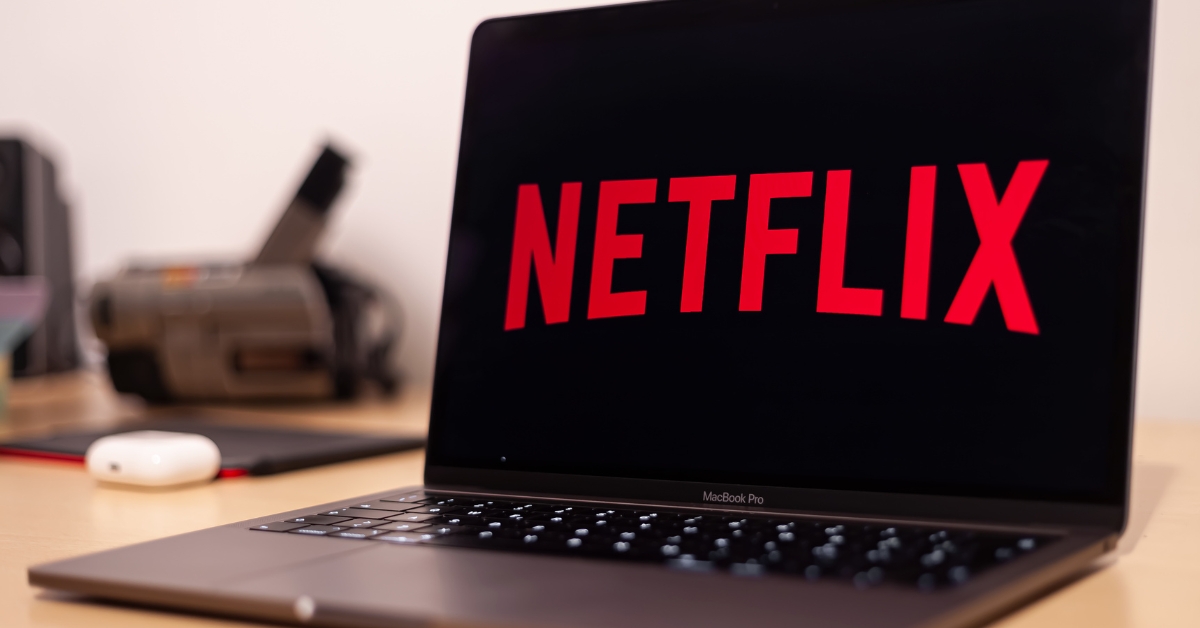 Netflix adds new titles to the platform every other time allowing you to watch the newest and best movies on any device with a web browser.

And for people like you that love running, either as a sport or hobby, you can stream running movies on Netflix that are thrilling and awe-inspiring. These movies offer comparable entertainment to watching an action blockbuster, CGI animation, romance drama, horror flick, or any other movie genre.

In this guide, I am going to share some of the seven greatest running movies on Netflix that are worth the watch. Hope you enjoy them.

The Best Running Movies on Netflix

Below are some of the top running movies on Netflix that you can binge-watch today.

First on our list, who would not enjoy watching a movie on Usain Bolt, the all-time Olympic track legend who trademarked the iconic lightning stance?

Streaming I Am Bolt on Netflix is a chance to witness Usain at age 15 winning his first gold medal in the 2002 World Junior Championship.

Akin to watching a classic movie, this movie lets you stream original TV broadcast footage of Bolt at the start of his career in a rural high school in Jamaica.  You watch Usain’s transition into a pro athlete and how he earns a spot in the Jamaican Olympic team to compete in the 2008 Beijing Summer games.

I Am Bolt not only grants you a front-row seat to Usain’s series of epic international wins but also gives you a glimpse of Bolt’s ever-enthusiastic and fun-loving side. Undeniably, the movie’s message is that positively embracing setbacks is key to rising again and winning.

An inspiring movie on how one man overcomes a debilitating disability to complete an ironman challenge, 100 Meters is the real-life story of Ramon. The movie’s harmonious sequence begins with an initial period of despair when Ramon is diagnosed with multiple sclerosis.

You then watch how Ramon resolves to train for the Ironman Challenge despite the bleak outlook of his chronic condition. Ultimately, he completes a 3.8km swim, cycles 180km, and runs a marathon. The movie concludes with Ramon smiling in euphoric triumph.

100 Meters emphasizes the importance of unconditional support from family in enabling individuals with chronic and debilitating medical conditions to adopt positive attitudes to life. This movie will leave you convinced that nothing is impossible with loved ones by your side.

If you are looking for a running movie on Netflix depicting a heart-warming struggle to overcome insurmountable odds, you should watch Sisters on Track. This movie is about a single mother struggling to raise her three daughters single-handedly.

Sisters on Track then follows the lives of Tai, Rainn, and Brooke Sheppard for two years after the trio moves out of a homeless shelter and begins training for the Junior Championships. Their decision to become athletes changes their lives forever.

In summary, this sports documentary depicts the pains of growing up as Tai, Rainn, and Brooke transition from childhood to their teens and early adult years. This film also highlights the pressures of competitive sports and their toll on young athletes.

From the pebbled sun-baked plains of the Atacama desert in Chile to the frigid ice-covered lands of Antarctica, Desert Runners presents you with stellar vistas of the world’s harshest environments.

The documentary follows David O’Brien, Ricky Paugh, Samantha Gash, and Tremaine Kent on a grueling journey across merciless desert terrains. You witness desert runners’ epic struggles and challenges, heart-rendering moments of absolute exhaustion, and the joy of completing each leg.

Worth noting, Desert Runners is part of the four desert series, demanding racing events set in four treacherous deserts, i.e., the Atacama in Chile, the Sahara in Egypt, the Gobi in China, and Antarctica. Undoubtedly, this is an awesome title to watch from the many running movies on Netflix if you love the wild outdoors.

With a similar context to 100 Meters, Zero to Hero is the heart-wrenching real-life career story of Hong Kong Paralympian So Wa Wai, the outcome of his mother’s unending love and support.

At the film’s beginning, you watch Mrs. So’s refusal to impose limitations upon her son despite his hearing impairment and cerebral palsy diagnosis. True to her resolve, So Wa Wai’s mother encourages her son to join athletics to secure a better life for him.

The film features notable events in So Wa Wai’s illustrious career, from the 1996 Atlanta Games to the 2008 Beijing Paralympic games. By the movie’s end, you will be amazed at what a mother’s unconditional love for her son can accomplish.

Born in a slum in Bhubaneswar in India, the movie Budhia Singh: Born to Runs tells the remarkable story of a young man sold as a slave by his poor mother.

This heart-wrenching tale takes a positive turn when a judo trainer, Birachi Das, discovers that young Budhia Singh is blessed with a natural talent for running. While streaming this epic movie on Netflix, you watch how Singh gains notable acclaim after running 65 kilometers in seven hours and two minutes.

Amongst the best running movies on Netflix, Budhia Singh: Born to Run is an amazing story to watch on Netflix. After your initial shock at Singh’s tragic background, this movie leaves you both hopeful and wary of the various motivations defining humanity.

Last but not least, Gun Runners grants you an authentic glimpse at the challenging origins of two Kenyan runners, Julius Arile and Robert Matanda.

Gun Runners starts by defining the bleak origins of the two runners in arid rural Kenya, a region marred by armed cattle banditry between the different tribes. You also learn how Arile and Matanda have successful athletic careers following a government-led amnesty program.

Arile turning over his AK-47 in exchange for a pair of running shoes is only one of the many memorable scenes you can watch while streaming this film on Netflix. As with other running movies on Netflix in this review, Gun Runners shows how the unlikeliest beginnings can lead to exceptional accomplishment.

Get Motivated by Running Movies on Netflix

The main reason why you should watch running movies on Netflix is that each film emphasizes the unlimited potential of the human spirit. Every protagonist overcomes adverse environmental, social, physical, and psychological challenges to emerge victorious. Regardless of the title you choose, running movies on Netflix convey that obstacles are the norm and that every success requires considerable effort.